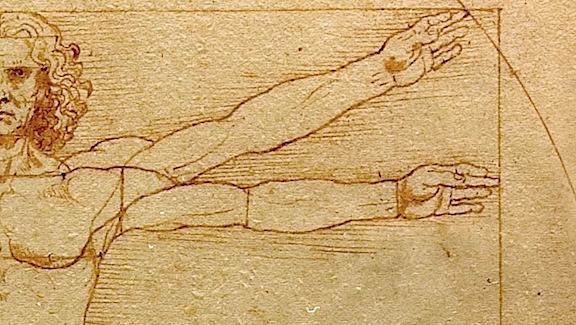 I did not enter this monastery by choice — I was born as another twist in the labyrinth, a monument to the winners who at one time had their hands around throats as a matter of course.  We are all of us the spawn of killers.

As predators we have “theory of mind,” the ability to construct simulacra of our prey inside our skulls, to intuit how they will behave — essentially running their behavior-set as a simulation so we can plan on how to zig when they zag.  We can think like an animal, communicate with them (especially fellow mammals), and even put the construct in the driver’s seat briefly in order to experience “being” that animal.  This ability gives rise to things like shamanism and domestication.  When the topic of how a person should fight comes up, there are, inevitably, references to much more powerful predators, e.g., “like a tiger.”  Big cats are impressive, terrifying, and ferocious — all aspects we’d like to take on when circumstances revert to a state of nature.

Being civilized and embedded in modern humanity, we forget that we’re the top predator on the planet, and that we long ago solved the equations for the intersection of hominid skeletons at speed.  We had the solution before we had the language to describe it:  all the ways you can line up ramrods of bone through an eye socket, all the ways he might move to prevent it, a possibility space of geodesics.  (Imagine the human form waving all its limbs around to describe a shape, DaVinci’s Vitruvian Man rotated in three dimensions, if you will.)  Before language, formal society and civilization, this solution set had but one outcome:  your genes went forward in time; the losers, not so much.

Now, raw survival is one thing, but nature prefers that we not murder ourselves out of existence (animals that do are just proof that the system works); this necessitates some kind of formalized, non-lethal competition.  If we can assume the loser doesn’t get eaten, then capitulation becomes an option.  Add language, formal society and civilization — dimly understood conventions giving rise to rules and laws — and you take the geodesics of the solution set and weave them into the Gordian Knot of fighting.  We all agree to agree that while fighting like hell is human, treating each other like prey is verboten.

And so the modern human is stuck in a state of perpetual competition — touching the blurred surfaces of those possibility spaces (the slapping of hands, the imposition of artificial rules) instead of striking at the heart of the thing as Alexander the Great might, cleaving through the tangle with a single stroke to render it undone.  At Injury Dynamics we go straight for the heart of it because what you are facing is the planet’s most potent nightmare — the species that brought you genocide and nuclear weapons, with a natural propensity and hunger for organized warfare; have you met humanity?

Don’t get me wrong:  I would love for this discipline to be rendered unnecessary — for there to never again be cause for a human to kill another human — but unilateral disarmament is only possible within the make-believe confines of polite society, and even then it turns out to be a terrible mistake when you meet the ape who revels in his authentic self and honors the ancestors at your expense.

In the end this thing is quintessentially human, as important to wholeness as spirituality — and it is in denying what we are that gives rise to the deadly stresses of modern life.  What we have to offer is more than a mere survival skill:  training is the experience of feeding what you are, leashing the beast, letting it out of its cage and taking it for a walk on the mats.

With that handled, you are free to be the one who does everything in their power to prevent violence (knowing its true face, and where even the mildest of provocations can go) — knowing full well that should you ever meet that fellow ape who lives and takes as our crude ancestors did you can remind him (if only briefly) that you remember where you came from, too.

That New Victim Smell
Keeping It Simple
VIOLENCE:  If It Feels Right, It’s Wrong
“You know it ain’t cool to kill on Christmas.”
Effective Human Incapacitation
Sane, Socialized and Deaf to the Music
3 replies

It’s Different for Me: A Woman’s Perspective on Hand-to-Hand Combat Tra...The Law of Self-Defense
Scroll to top