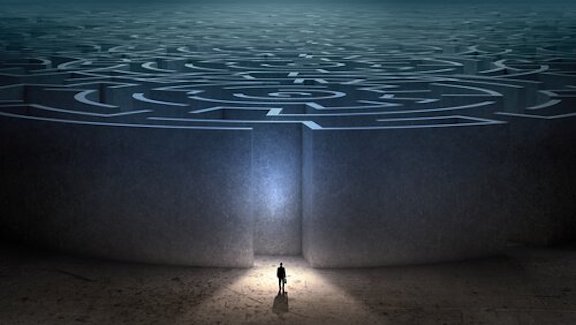 What you want to know vs. what you need to know.

Two of the most common questions I field as an attorney who teaches hand-to-hand combat are:

“When can I use this training?”

“What if someone does [insert questionable, at best, reason to injure someone]?”

To the first question my answer is, “Rarely, if ever — hopefully never,” and to the second I laugh and say “Nice try.”

Under the criminal code — the regulator of intentional violence — the general rule is that you may NOT use, or threaten to use, violence against other people. Period. The very narrow exception to that general rule — self-defense — ONLY justifies a particular use of violence against another human if that violence was used to prevent imminent or ongoing violence directed toward the user or others. Shorthand: you can only hurt someone if they are trying to hurt you.

Most people phrase their questions about the use of violence in permissive terms, looking to justify, in advance, the application of violence in emotionally uncomfortable, but probably inappropriate, settings: a bar fight, an argument, a rude driver in traffic, etc. In reality, you just can’t intentionally injure people, and if you do, you rarely get a hall pass. The legal system asks, “Why did you?” after violence has occurred and does not delineate “When can I?” before violence happens.

Seems clear enough, right? But this is where lawyers on both sides muddy the waters of legal clarity. Remember, “pleading self-defense” means that the police did not believe that your use of force was justified and thus arrested you.  Moreover, the prosecutor failed to believe that the facts at hand required you to use violence the way in which you did, or even at all, and has brought criminal charges against you before a court of law.

Your freedom is now at the whim of a judge or jury while two attorneys (at a minimum) make a Tolstoy novel out of a very precise and clear idea. Your attorney wants to show that you used violence to avoid imminent injury or death by responding to violence in kind. Meanwhile, the prosecution wants to show that you had a choice not to use violence but nevertheless did, or that you used violence in a prohibited or excessive fashion, and thus should be removed from society via incarceration.

In order to bolster their relative positions, these lawyers will pick apart, word-by-word, some version of the following sentence:

“Self-defense is the use of force in response to an honest and reasonable fear of imminent bodily injury or death, so long as that use of force is in parity with the threat and the person using such force is not purposefully engaging in mutual combat.”

Was there a use of force at all? Was there a threat or were you the instigator? Were you honest about that perceived threat or were you feigning fear to justify hurting someone? Was your perception of the threat reasonable in relation to the force you used in response? Was the threat imminent or avoidable? Was there potential that the threat could even cause bodily injury, let alone death? Was the responding violence proportionate to the threat? Did the response go beyond what was necessary to dissipate the threat? Did you willingly join the interaction as a mutual combatant?

Intentionally using violence to injure a person for any other reason than to prevent that person from using violence to injure you or someone else is criminal, not “badass.” The degree to which you injure a person will determine the possible criminal and civil liability you will face if your actions are not justified. And never forget that The System is loaded against you: Cops want felony arrests and prosecutors want felony convictions.

However, if you can prove your actions were necessary to prevent injury or death to yourself or another, you will be absolved from a sentence for what otherwise would have been criminal conduct. Caveat emptor: those who willfully engage in violence against another person (read: who get into fights) when a choice existed to do otherwise are “mutual combatants,” and may not claim self-defense in the face of criminal charges, and thus, can receive no absolution.

If you were not justified in using the tool of violence, the greater the amount of injury you inflict, the greater the crime. Assault begat battery begat aggravated battery begat mayhem begat manslaughter begat homicide begat first-degree murder begat capital murder.  And be sure to tack on some bonus time if you use a firearm during the commission of a felony, make any terrorist threats, use violence in connection with gang- or narco-related activities, and more.

Moreover, civil liability is always available to a victim of criminal violence. If you are found guilty of a crime, the victim may also sue you in civil court for damages. If the jury cannot unanimously find you guilty of a criminal charge because there was “reasonable doubt” in the minds of the jurors, the victim may still obtain damages in civil court if they can show by a preponderance of the evidence that you harmed them.  Only a properly asserted claim of self-defense will clear you of potential civil liability.

If you reserve the tool of violence for those rare moments where you face imminent injury or death at the hands of someone who has resorted to the laws of the natural order, you just might be greeted with questions about your well-being and a “thank you” from law enforcement for diligently executing a community service. If you engage in risky behavior or just have no problem injuring other people for no good reason, well, the quagmire that is the criminal justice system loves fresh meat and is open 24/7/365.

Criminal Violence and Self-Defense: On the Intersection of the Natural Order and Civilization
0 replies