You are here: Home1 / Training2 / A Difference You Can Taste 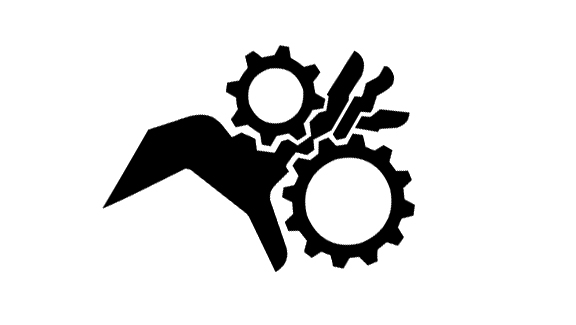 In the 28 years I’ve been teaching, the most common question I’ve heard is:

“How is what you do different from self-defense, self-protection, or fighting?”

(The question is usually about specific schools or popular styles, examples of which I refuse to list for reasons you’ll find at the end.)

The simplest answer is:

In other words, something crushed, ruptured or torn — not the “cool move” that supposedly does that thing.

For a more involved explanation, here are the fundamental differentiators, including the visceral one:

– We strive to model the successful use of violence in our practice, based on observable reality — instead of trying to defend or protect ourselves or get into a fight.  We don’t want to “win a fight”, we just want to deliver a beating.  What the other person wants to do is immaterial.  Violence is unidirectional and heavily favors the one doing it.  The defender, not so much.

– Successful violence causes and exploits debilitating injury as a first principle and sole goal — the only thing that means anything in violence is ruptured anatomy.  We seek to cause results similar to firearms (stripping the man of function until we achieve a nonfunctional state), using the relatively slow, heavy bullet of our mass leveraged by our skeleton.  To this end we use similar training methodologies — working more like a tactical shooting course than a sparring match.  (Slow is smooth, smooth is fast.)

– The human machine only breaks when subjected to catastrophic volume change, when tissues are compressed or stretched farther and faster than their elasticity will allow before failure.  The action of the limbs alone (punching and kicking with no overrun) can produce useful injuries, but usually doesn’t.  (This is why fights go on and on — people can easily withstand nonspecific trauma.)  Body-weighted collisions with overrun get us the traumatic volume change we need to break things inside of people. 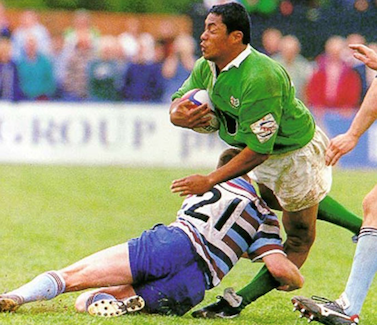 It’s his knee, but you can feel the difference in your gut.

– Beyond the “one-and-done” crash course (for raw effectiveness) we have a 10-year curriculum in writing that incorporates striking, joint breaking, throwing, knife, baton, and firearms into a seamless whole — meaning we’re never suddenly having to switch gears into “knife defense” or “gun disarms”.  It’s all the same because it all hinges on causing injury and then exploiting that state change.  The 10-year curriculum is about efficiency (getting an effective result more quickly, with less effort) but does not improve upon baseline effectiveness — if we both knock someone out they’re still KO’d, regardless of our relative efficiency.  This is the curriculum we use to produce instructors.

–  Looking at the physics and physiology of collisions rather than techniques

It’s important to note that I’m not saying what we do is “better” than anything else — effective violence is as old as hominids and no one has a patent on concussions.  All training has the potential to work.  The best training is the one you know in your bones you can make work for you.  If someone looks at what we do and doesn’t think they could make it work, then they’re right.  If a specific school, style or system makes more sense to them, then that would be the better choice.  In the end all we have is some technical information that you may or may not find useful.  That determination is up to the individual.

Injury Dynamics — What We Do
On-the-Job Training vs. the Violence Simulator
Action & Silence: How to Dress for Violence
As we head into our 30th year…
The First Filter
Who Needs It Next?
3 replies

Keeping It Simple Action & Silence: How to Dress for Violence
Scroll to top