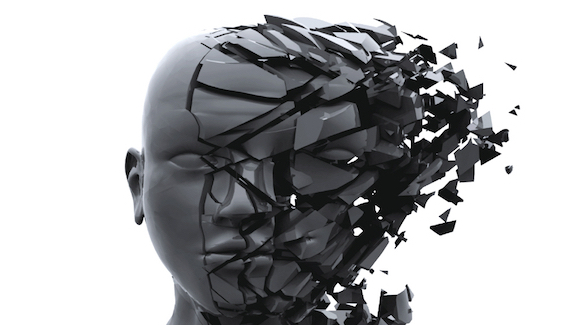 The goal of life-or-death violence is complete and irrecoverable incapacitation — to remove, entirely, the person’s ability to think or move.  (Preferably both.)  We are not attempting to communicate, or reason with, or change the mind of the person we are breaking.  We are not trying to “make them stop” — we are making it impossible for them to continue imposing their will on the physical world.  For this we need unambiguous incapacity — an obviously nonfunctional state.

They need to be laid out on the deck, body contorted in trauma, silent and still — or convulsing and braying with agonal breathing:

If there is any doubt, continue breaking things until you would feel 100% comfortable turning your back on them and walking away.

Context is crucial here:  we are talking about your attempted murder.  For social considerations, capitulation is sufficient.  The tension of an argument ceases to ratchet upward when someone leaves, or changes tack by simply apologizing, walking things back with words or otherwise shifting into a posture of de-escalation.  In life-or-death violence stopping at the request of your would-be murderer can get you killed.  This is equivalent to shooting an armed man once, and then stopping because he said he was done… the only thing preventing him from shooting you dead is his word-is-bond honesty and the trust inside your own head — mere ideas, as weightless and intangible as ghosts.  Much better to trust in the concrete beneath your feet.

The gold standard for “nonfunctional” is an interruption of brain function; without a firearm this is most easily and quickly achieved via concussion.  With boxer-like precision and good timing this can be had by catching the person “on the button” of the chin to snap-rotate the head — an oversized result for what looks like relatively little effort; but we are not interested in getting into a fight and waiting for an opening to deliver that single specific shot.  As with everything in life-or-death violence we are interested in absolute overkill.  If an arm delivering roughly head-equivalent mass-in-motion to the head at speed is sufficient to “shake the pickle jar” and result in a KO, then his entire mass falling, accelerated by your mass in motion, and terminating in the collision of his head against the ground should be more than enough to get it done.  And if not, well, now he’s down and you can impart huge accelerations into his head with your boots.

Everything we do in violence — every thought, every movement, every injury — is done in service of this goal.  The kick to the groin — as awful as a real, full-bodied, hard-as-humanly-possible shot can be — is only there to render him incapable of preventing, or safely landing, a sudden fall.  We only need a moment of traumatic preoccupation — the body’s spinal reflex in response to injury, the executive function’s “What the fuh—?” stutter — for us to take advantage of that precious loss of function and balance and turn it into a very bad, targeted fall.  It’s the dirty rotten poker-table flip in order to pull our holdout gun and shoot the man in the head… with the impossibly heavy bullet of the planet.

If everything hinges on that function-obliterating *smack*, then all action in violence is done in anticipation of it.  And the sooner the better.

One critique we often hear at our “Dangerous in a Day” and Crash Course trainings is:  “I really wish we could’ve worked on more ‘stand-up’ stuff — it seems like I only got to land a couple shots, then my partner was down, and all the rest was me stomping on them.”

First, isn’t that how you’d like it to go in the real world?  Do you want to get into an extended brawl where the loser gets set on fire?  Remember:  the longer it goes on, the more likely you are to make a mistake, and the more likely the other person is to get something right.  And whoever gets it right first, wins.  Wouldn’t you rather break a couple things on the standing man, put him down, and then finish him on the ground?  (This line of thought — the desire to do more “stand-up” work — stems from a misunderstanding of what we’re up to; it’s the conflation of “fighting” with “killing”, the social and antisocial bleeding into the asocial, like using wrestling against a firearm:  which would you rather do, wrestle him or shoot him?)

Second, this is precisely how instructors work out.  Every turn on the mats is about seeing how quickly — and how hard — we can put the man down.  It all starts with blunt force trauma, breaking something important, with the second or third shot being the takedown or throw.  This is because we know what’s at stake — and what we would do if someone failed to shut us off — and so we’re interested in getting it over with as efficiently as possible.  Injury to the body makes injury to the brain easier… and more severe.

Third — and most importantly — this is how it works in the real world.  The effective use of violence does not look like a fight.  It looks like a beating.  We don’t see gut-wrenching, abject brutality in a toe-to-toe stand-up fight — such a thing is interesting and exciting in a social (or even antisocial) context.  But one person standing over another, stomping their unresponsive form?  That looks like nothing else.  Acts of violence that are morally shocking are entirely one-sided, entirely unidirectional:  one person doing it, one person getting done.  And we seek only to model reality on the mats.

So — hate the brain.  Drive everything toward that traumatic plunge with the hard stop at the end.  Break the body out from underneath the brain, deprive it of its tools, take and take and take and then spike Nature’s Ming vase — ancient, unique and fragile — into a thousand incoherent shards. 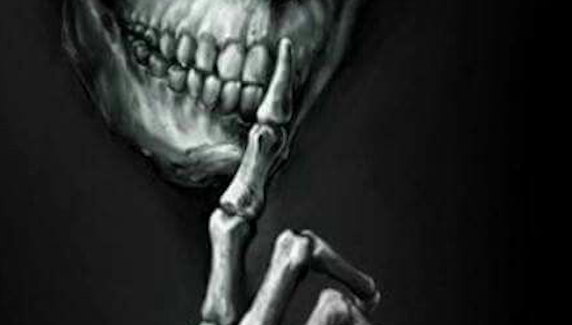 Unlike most physical endeavors, ours has no target demographic.  It’s not possible to tell whether or not our training will resonate by just looking at someone.  I’ve seen young, smart, athletically-gifted people miss the point entirely and fail out of the first testing cycle; at the same time I’ve watched out-of-shape, “least-likely” people (who I’ve pegged as quitters inside of a month) end up going the distance with an eerie, natural ease.  And I’ve seen everything else in between… with the only common feature among those who take to it being the fact that they took to it.  Something spoke to that tiny sliver of sociopath lurking inside them.

Of course, this is a huge problem when it comes to running a business; what we really need is to know who this stuff resonates with — in terms of a marketing pie chart — and then aggressively market to that segment.  But when that thing is the littlest bit of non-pathological sociopathy — essentially being lit up by hands-on domination and obliteration via the breaking of the human machine — well, you can see the problem in trying to figure out just who to send a postcard to.

The obvious answer would seem to be found in evangelism, with excited practitioners sharing their newfound experiences of happiness (the feeling as power increases) with like-minded individuals — and here we hit the other issue in spreading the word:  the more people train, the less they want to talk about it.  Talking about the truth of it makes you sound like a psychopath; watering it down to make it palatable is disingenuous and causes people to recoil when confronted with the actual thing:

“How do I defend myself from [insert Facebook terror of the week here]?”

“You don’t.  The only available action is to hurt people so they can’t continue.”

“But I don’t want to hurt anybody!”

And so on until either you give up or they’re convinced you’re crazy.

So much easier, then, to never even mention it, to keep it as a delicious secret that only you know and no one else suspects — the credo of the ambush predator:  While you were sleeping in front of the TV, I was practicing putting my fingers into people’s eyes.

I run into this in ongoing training all the time.

“Bring your friends and family!” I say.

Everyone looks back with pained faces.  “Tried it once, got weird looks,” is the usual reply, “not interested in doing it again.”  Besides, they think in quiet asides, It’s my delicious secret.

You’d think I’m writing this to admonish you, to get you out as ambassadors for this training, to earn hashmarks on your hilt for every body you bring into the fold — and you’d be wrong.  I’m just as guilty as everyone else who’s ever hit the mats:  I don’t talk about it, I don’t proselytize; when people ask me what I do I demur and get them talking about themselves.  (This works great, by the way.)  It’s my delicious secret that last night, while they were sleeping in front of the TV, I was puzzling out the smallest discrete set of movements necessary to dislocate a shoulder with a baton.

So this is here for no other reason than to wonder at the phenomenon:  the fact that those who train shut up after having joined a silent cabal that meets in secret to study the undermining of Nature’s pinnacle. 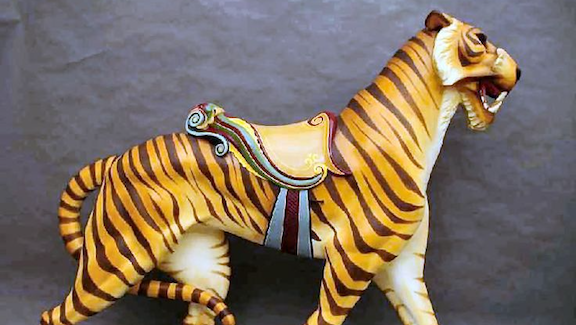 The purpose of a reaction partner is to provide a proving ground for concepts you want to test. In the late 1970s, when the army was putting together a combat shooting program for the soon-to-be Delta Force (SFOD-D), they invited “experts” from all over to offer their techniques. However, when applied to their newly constructed SAS-inspired training facility, dubbed the “Kill House”, very few of those techniques survived. It was that emphasis on a vetting process that forever separated Delta from what everyone else was doing.

Your Reaction Partner Is Your “Kill House”

In our two-day Crash Course it’s common to observe trainees over-leveraging snap-on tools (knife, baton, etc.). They attempt to employ them in unnatural ways where a simple stomp might have been preferable.

It’s often the first time someone has ever held a tool with the intent to use it on another human being (or maybe even held one at all). Consequently, they are so enthusiastic about their new labor-saving device that they try to use it for everything, every turn; essentially treating it like a magic wand instead of an ice pick. However, they recognize these kinds of errors in short order after working through the problem with a few reaction partners.

Get In Where You Fit In

You wouldn’t try to use your knee to access the eye of a standing person when you could just use your fingers. Likewise, you wouldn’t one-knuckle a person’s ribs with a knife in your fist…  you’d just reorient the tip and slot it in. When you feed ideas into your kill house, very few of them will survive. The ones that do are keepers!

In follow-on training we introduce vectors (incoming punches, kicks, swinging baseball bats, slashes, stabs, tackles, etc.). When students have a preplanned series of strikes they want to execute, they ignore the incoming vector and end up getting clocked.

In elementary school, you get the lesson first and the test after. In life, it’s the other way around. When violence is the test, very few pass/survive on their first go-around, and, if they do, the lesson is often ambiguous or misinterpreted due to small sample size and altered consciousness. Using your reaction partner on the mats allows you to take the test — and fail — as many times as necessary until you learn the lesson.